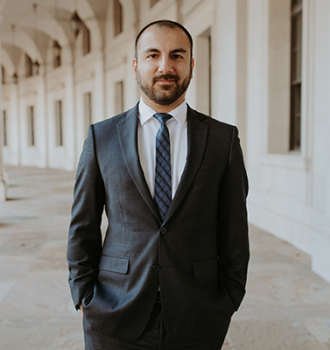 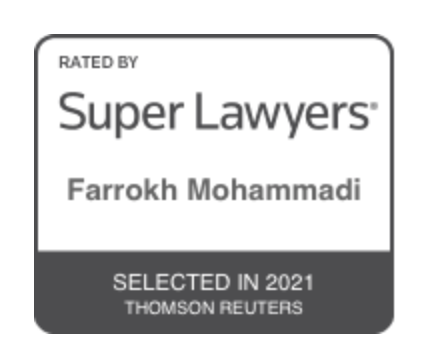 Farrokh Mohammadi is a partner at Mohammadi & Humayun, LLC located in the heart of Rockville, Maryland. His primary practice areas include family law, personal injury, and general civil litigation. While in law school, Mr. Mohammadi clerked for Judges North and Wachs in the Circuit Court for Anne Arundel County, Maryland. Upon graduating, Mr. Mohammadi worked as an associate, and later partner, at Pishevar & Associates, P.C. in Rockville, Maryland. While there, Mr. Mohammadi handled a wide variety of cases throughout the State of Maryland, including complex domestic/family law matters, personal injury case, as well as civil rights and police brutality cases. Additionally, he also handled a number of Administrative Law matters, Landlord/Tenant Cases, and appeals before the Court of Special Appeals.

Mr. Mohammadi earned his J.D. in 2010 from George Washington University Law School. He received his B.A. in 2006 from the University of Maryland, Baltimore County in 2006. Mr. Mohammadi is an avid martial artist and loves to cook in his free time. He is also fluent in German and Farsi.