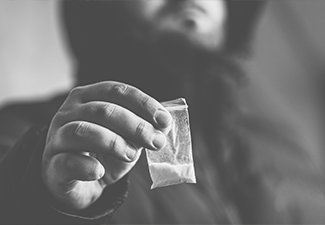 No matter what criminal charges you’re facing, you should always take them seriously and work with a qualified criminal defense attorney. That said, when working with a lawyer, you also want to ensure that the lawyer has experience defending cases like yours. This is especially true for drug charges. Specifically, you’ll want someone who thoroughly understands the difference between possession vs. possession with intent to distribute, and how these distinctions will affect your defense.

If you’re in the Rockville, Maryland area, or anywhere in Montgomery County, Prince George's County, Howard County, or Fredrick County, call us today at Mohammadi & Humayun, LLC to schedule a consultation. We’re here to defend your rights and help you move forward.

Because each state sets their own laws about criminal charges such as drug possession and possession with intent to distribute or sell, it’s essential you understand how state laws will affect you. Central to these laws is understanding how Maryland categorizes controlled dangerous substances (CDS) since this will vary from state to state. Specifically, these drugs are classified as one of five “schedules”. Schedule I is considered the most dangerous and contains drugs like heroin, marijuana (although this has been decriminalized at the state level), and LSD, while a Schedule V drug is the least dangerous and includes drugs like Xanax and Robitussin.

Importantly, a drug doesn’t not have to be illegal for it to appear on this list. You can still face drug charges for unlawful possession of some prescription or over-the-counter drugs. Interestingly, the voters of Maryland just approved a measure that would make recreational marijuana legal in 2023—but even so, the state’s CDS laws could still apply to you.

The Difference Between Simple Possession & Intent to Distribute

In Maryland, a possession charge simply means that you’re in possession of an illegal drug or a drug that you don’t have a prescription for. These drugs could have been obtained by fraud or deceit, by misrepresenting your identity, concealing material facts, or forging a prescription. Possession charges are almost always charged as misdemeanor offenses and therefore carry with them less severe penalties than a felony charge.

When you add the charge of intent to sell or distribute, this usually means you’re now facing a felony offense which has much more serious consequences. You may be looking at a distribution charge if you were found with a sufficient amount of a CDS that you could conceivably try to sell (i.e. you have more on you than an individual would reasonably keep for personal use.) You can also receive an intent to distribute charges without actually selling the drugs. All the prosecution needs to prove is that you had a “sufficient” quantity of drugs in your possession, and that there was an indication or evidence that you intended to sell them. This is most often done by finding scales for measuring, small bags, or a contact list of buyers.

The penalties for drug possession charges are often quite serious and your attorney should help you fully understand the consequences you could be facing. The penalties for possession will vary depending on the type and quantity of drug that you were caught with and can include fines of up to $25,000 and up to four years in jail. In general, if you have any past convictions or if you were arrested for a Schedule I drug, your penalties may be more severe.

Penalties for possession with intent to distribute are typically higher and can include fines of up to $100,000 and up to five years in jail. If you were found to be distributing to minors or if you have past convictions for drug-related offenses, you’ll face stiffer penalties.

You and your attorney should work together to come up with the best defenses to drug possession charges because this will look different for every defendant. It could be that the arresting officer violated your civil rights in some way and your attorney will seek to have the charges dismissed altogether. This happens most often in cases where you were the victim of an illegal search and seizure. In other cases, you could argue that the drugs weren’t actually yours and they in fact belonged to someone else. This is done through a “constructive possession” defense where your attorney would argue that the circumstances of the situation made it seem like the drugs were in your possession when they weren’t. For example, perhaps you were giving your friend a ride in your car and they put a backpack of drugs in your trunk. Technically, the drugs were in your possession because they were in your car, but you could have a successful defense by arguing that you had no knowledge they were there.

Put Trusted Legal Defense on Your Side

No one should face drug charges alone. If you’ve recently been arrested on a drug possession or distribution charge and are in or around the Rockville, Maryland area, you need an experienced attorney working in your corner. Reach out to us at Mohammadi & Humayun, LLC today to get started on your defense.

Possession vs Possession to Distribute What You Should Know About Winter Driving Accidents What to Do as an Injured Passenger What Is Personal Injury Protection Insurance in Maryland?