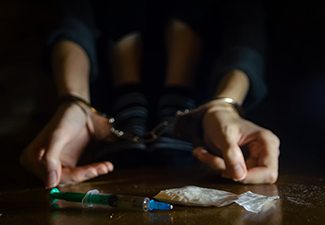 Facing drug-related charges is a highly stressful and complicated situation. You may be unsure of where to turn or what steps to take next. Understanding drug charges in Maryland is the first step in exercising the right to a strong defense.

At Mohammadi & Humayun, LLC, our skilled legal team is on your side, every step of the way. Whether you live in Rockville or neighboring areas like Montgomery County, Prince George’s County, Howard County, and Fredrick County, reach out to us for a one-on-one consultation. No one deserves to face criminal accusations alone.

What Are Controlled Substances in Maryland?

It is worth noting that there are five drug 'schedules' in Maryland. These schedules refer to specific classifications of drugs and medications based on the level of addiction and dependence they cause.

Here is a look at drug scheduling:

In some instances, drug charges may stem from possessing prescription medications. Therefore, understanding controlled substance scheduling is crucial in arguing a solid defense.

Minor cases involving possession and distribution are prosecuted at the state level. State charges also depend on the specific jurisdiction of the crime. For instance, an individual arrested with a large amount of marihuana may be charged under state law. However, an individual arrested after crossing the US-Mexico border may be charged under federal law.

Here is a breakdown of common drug charges in Rockville as well as Montgomery County, Prince George’s County, Howard County, and Fredrick County:

Here are some general guidelines regarding possible penalties for drug charges in Maryland:

Drug charges are a serious matter. Therefore, enlisting the help of an experienced criminal defense attorney is highly recommended.

You don't need to face drug charges alone. At Mohammadi & Humayun, LLC, we focus on providing skilled and compassionate legal counsel in Rockville, Maryland. We strive to protect your right to a fair defense under the law. We will stop at nothing to ensure our clients and their loved ones have a chance to find a path forward. Set up a consultation with us as soon as possible.

Possession vs Possession to Distribute What You Should Know About Winter Driving Accidents What to Do as an Injured Passenger What Is Personal Injury Protection Insurance in Maryland?